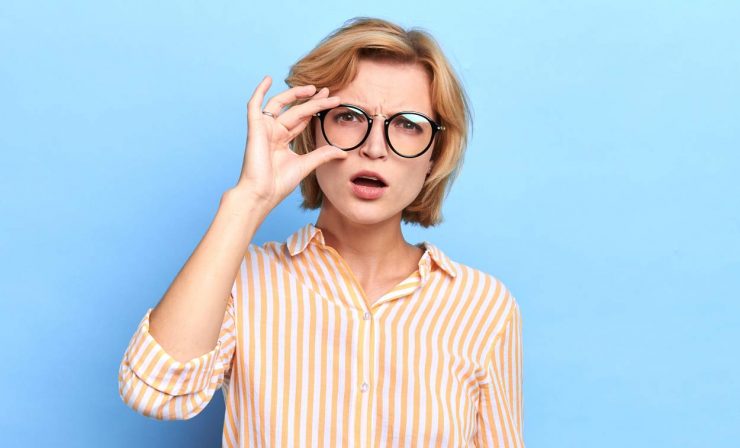 Why View-Time Optimization (VTO) is a bad idea

Improving your send time seems like a good idea. By monitoring when people engage with their email, you can fine tune the timing of your sends for your complete database all the way down to the individual

First, what is Send-Time Optimization (STO)?

We have had STO, Send-Time Optimization technology for a while now. STO is the name for the tools that automatically make the best-guess about when you should send your next email.

STO has been proven to increase opens and clicks and decrease opt-outs (to a statistically significant degree), which makes it a win-win for customers and companies alike.

Programmatic Automations, Journeys and Metered/Deferred Deployments are other methods with similar aims.

There are some things to know about Send-time optoimization:
1.  Send Time Optimization impacts forecasting and planning. You have to establish a window for deployment, so you have to carefully consider when to send the next email after that. It’s not compatible with time-sensitive opportunities and limited-time flash sales like we see a lot in eCommerce email marketing.

2. Also, behavior patterns change over time. If your analytical model is slow to catch a shift in trends or if there are events or competitive changes it has no way to be aware of or consider, it can end up being wrong in its predictions.

3. Depending on how it’s implemented, it can take more time and effort to set-up, compared to the typical method of identifying a segment and deploying to that segment all at once.

What is View-Time Optimization (VTO) and how does it differ?

VTO delivers the message as the person is first interacting with their email, allowing the message to appear at the top of the inbox.

A service offered through Validity to Verizon Media Group (which includes AOL, Yahoo, Verizon.net email address holders). You send your message as normal, but it’s held by Verizon until such time as Verizon thinks it’s appropriate to deliver.

In mid-2020, SendGrid announced an exclusive offering with VMG in a blog post and only really recommended it for Winback and Re-engagement Campaigns.

This has apparently ended as now Validity is announcing an exclusive offering with with Verizon Media Group for VTO. There aren’t a lot of details, but here’s what I’ve been able to figure out.

Validity says the top email in a person’s inbox is 2x as likely to be opened as even the second email. VTO happens entirely on the VMG side. When you open the app, a VTO-enabled email is placed at the top of your inbox.

VTO can place your message right at the top of the inbox. Instead of needing to know when a user is most likely to engage, you just send when you want and VTO delivers when the user actually does engage.

VTO, offered by Verizon and Validity talk about increased open rates and two people I’ve heard from say that it can theoretically make financial sense, generating extra conversions if you’re starting with a solid marketing message. As early testers, they were pleased with the results.

But Validity leaves a lot undefined as they present their go-to-market product pitch and as such, I’m suspicious that these early results aren’t going to hold up at scale.

How does View-Time Optimization (VTO) work?

You tell Validity how many “credits” you want to apply to the campaign. This determines how many people will be treated to the VTO experience.

You tell Validity how VMG can spot your VTO campaign. This can be a static subject line, a body tag or an X-Header, depending on what your ESP will allow.

You also tell Validity what to do at the end of the campaign. The options were not explained in the video. Hopefully it just places the rest in the inbox without any credit deducted.

Then you send your campaign normally through your ESP.

VMG recognizes your VTO-enabled campaign and holds it. As soon as the recipient opens their inbox (app or webmail), the campaign is placed into the top of their inbox. Because this doesn’t rely on a tracking pixel/beacon, this will work even if a user has images off. But, again, limited to AOL/Verizon customers.

So what will I learn from this campaign?

Your ESP will tell you that all messages were sent and delivered, even if they haven’t yet made it into the customer’s inbox. Bounces will still be handled in real-time. Where STO will tell you when the message was sent, you will have less analytics with VTO.

Campaign results will be available within the Validity portal 48 hours after the campaign concludes. (The end of the window you specify.) Because they are working with Verizon, they will have open and click rates, probably better than you get with your own ESP or Analytics tool that relies on a tracking pixel.

Again, this is only for VMG mailboxes like Yahoo and AOL. For your own analytics, you might end up splitting AOL, Yahoo, Verizon.net and others into their own separate send so that you can match up your analytics to what you see in the Validity portal. They didn’t say, but hopefully there’s exportable data you can bring back to your own systems for additional analysis.

Questions that were unanswered after reading up on VTO on Validity’s site:

This is a pay-for-play scheme limited only to a small number of the internet’s inboxes that tries to game the system for people’s limited time and attention. For some senders, it could lead to fatigue or have a negative impact by making it look like they’re always sending emails.

Those with the money to do so will shove your friends, family and other smaller marketers out of the way to be front and center demanding your attention. They’re paying this because they think it will increase the amount of money you spend with them. It’s a shortcut to better results.

Additionally, it may require a re-thinking of how you assess efficacy of a campaign or at least considerations towards the change in behavior at these inboxes. Your data and analytics will now live in at least two places, so additional work may be necessary to aggregate back into your own reporting.

Lastly, it rewards Verizon and Validity for monetizing what has been an open and free system. (Verizon has been rumored to be working to kill tracking pixels from ESPs, Litmus and others.)

Is it worth it?

I don’t think so. The application, coverage and utility will be limited, the overall metrics are unproven. I also think there are a lot of important unanswered questions. Validity can probably answer some of them, but have intentionally chosen not to in their current explanation of the program.

Like most email marketers, James Lamb fell into email marketing accidentally when someone said “Hey, we should send an email.” James has been sending emails and managing teams of emailers for over 15 years from Activision to World Vision and a number of other places in-between, including Exact Target Professional Services. James is currently the Senior Program Manager for Email at Spokeo in Pasadena, Calif.

How to spell Ecommerce? Or is it e-commerce? The right way to spell it today.

There are many different ways to spell “ecommerce.” But Which is the right way to spell it? The answer is…it depends. Ecommerce has been around for many years, and the spelling has changed over time...

Email is a great marketing channel for any business. It remains one of the most effective ways to reach customers. But email is also widely used by hackers to spread malware, phishing emails, or coordinate other attacks...

To better adapt to the new work style based on decentralized teams, many companies are finally investing resources into digitizing and standardizing their processes.  This has resulted, among other things, in an...