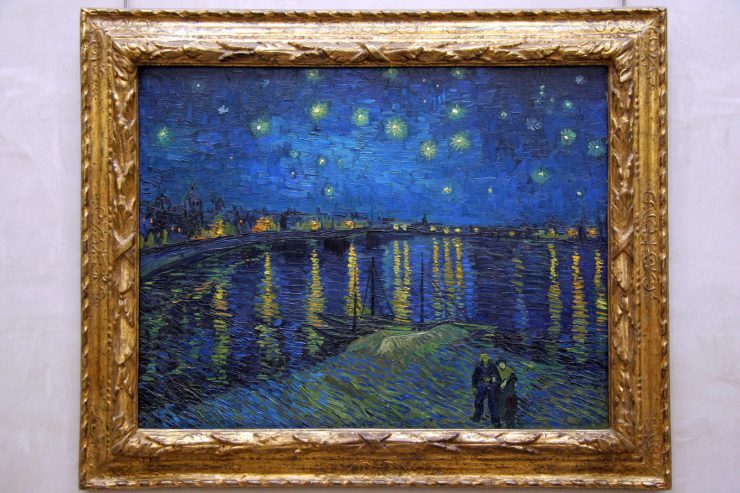 You might accept the oft-used statement that people process visuals 60,000x faster than words. While it’s frequently stated as a fact, it is actually just an old, unattributed Internet meme with no basis in science. This article will give you a more-accurate ratio for image vs text processing, and outline the science and assumptions backing the conclusions.

In short, images are processed 6x-600x faster than words:

True story…a recent email conference included a workshop session on visuals in email. The presenter was a very talented and well-respected email designer. His examples were terrific, but more than once, his comments included “…the visuals and the content.”

To recipients’ brains, visuals are content. Most of the work he showed used visuals as content. His phrasing, however, spoke volumes about prevailing practice.

In most digital channels, visual content is taking over. Posts, tweets, articles, and ever-greater numbers of mobile messages are partially or wholly visual. The power of visuals has become something of a marketing bandwagon!

The bumper-sticker on this bandwagon usually reads “People process visuals 60,000x than text!”

It’s a popular factoid, turning up about 421,000 Google results. Putting the number on an infographic, in writing rather than visually, seems to be especially popular.

Example of this quote about on the speed of visuals can be seen in pages and decks from:

Mea culpa: I’ve been guilty of quoting it in the past!

The science was missing

The author of the Liveplan piece continues with “A quick side note: although the number 60,000 has been widely quoted across various reputable sites online, we have not been able to find the original source.” Points to them for disclosure, but repeating a widely-quoted quote isn’t research.

Ms. Alexis from Movable Ink points to a source: “Humans Process Visual Data Better” which in turn links to a university working paper from 1986 “Persuasion and the Role of Visual Presentation Support”. Unfortunately, the paper makes no quantitative claims about processing speed.

Scientifically speaking, there’s a term for all of this bandwagon-hopping: Unproven meme

“Visuals 60,000x” is a marketing meme that has spread from an unattributed statement in a 1997 3M report. There’s no research or measurement to back it up.

Does that mean you shouldn’t have more and better visuals in your media, including your email marketing? Far from it! The meme is inaccurate in scale, but correct in principle. We do make meaning from visuals more quickly than written language.

This post is a study with attributions and measurements to give marketers a better understanding of visual and text cognition speeds.

Defining “visuals” and “language” for a marketing study

First, let’s narrow down the terms “visual” and “language” in a practical way. All visuals are not equal; saying we “process visuals” implies they are. A line drawing of a cat and the Sistine Chapel Ceiling are both visuals. All language is not equal, either. Children’s language primers like “See Spot Run” and masterpiece novels like Joyce’ Ulysses are both composed of sentences.

For an audience of marketers, let’s be practical. We’ll assume intentionally-designed visuals that fit on a screen. (Not complex charts or high-art masterpieces.) And we’ll assume relatively short, well-written copy that also fits on a screen. Ulysses, no; copy by David Ogilvy, yes.

On to some science – language first.

To read copy the brain needs to transform letters, words and layout into meaning.

Words are the minimal meaningful unit of language, so we can start with data about word recognition.

One study puts the time to recognize a known word at 100-200 milliseconds – between 1/10th and 1/5th of a second. Straight multiplication: the time required to recognize the 8 single words in a short sentence is 0.8 – 1.6 seconds.

Sentences are more than the sum of words, though. As you’d expect, the time required to process a sentence is greater than word-count X word-rate.

Average English adult sentence-reading speed is around 200 words per minute – about 300 milliseconds per word.

How much of your email is actually read?

It’s a little shocking to apply that range to the data about email.

Adding single-word recognition times (scanning and skimming) to the range – 100-300ms/word – suggests that they’d read between 37-110 words in that 11-second span.

A recent AWeber study analyzing 1,000 emails was summarized — and you have to love the irony of this — with a visual:

Putting reading time and reading speed against email length can be a bit discouraging. People are reading 1/10 – 1/3rd of the short <300-word emails, on average, and as little as 1/30th of a 900-word whopper.

Maybe we need to re-think the role of visuals in email content?

While brain science is advancing rapidly, the interactions between the eyes and the brain are still beyond understanding. Here are two jarring but edifying facts:

The visual part of the human brain — the eyes — is essentially a pair of visual preprocessors, not two passive “dumb” video cameras that just relay pictures.

A recent MIT neuroscience study found that the human brain can process images seen for as little as 13 milliseconds — just over 1/100th of a second. “The fact that you can do that at these high speeds indicates to us that what vision does is find concepts. That’s what the brain is doing all day long — trying to understand what we’re looking at.” says the senior author.

That doesn’t mean that a visual (e.g. the Sistine ceiling) will be completely “read” in 13 milliseconds. However, that research does give us a study-based lower boundary for image-processing speed.

Earlier research set a more conservative upper boundary. Research summarized in a 1996 Letters to Nature article used
“a go/no-go categorization task in which subjects have to decide whether a previously unseen photograph, flashed on for just 20ms, contains an animal….We conclude that the visual processing needed to perform this highly demanding task can be achieved in under 150ms.”

Notably, “subjects had no a priori information about the type of animal to look for, its position or size, or even the number of animals present.”

Let’s restate that for emphasis. People were shown a photograph for 20 milliseconds – 2 1/100th of a second. That’s half the time that a single frame of a movie is on the screen – 42ms. (“Film is truth – 24 times a second”). The visual is taken away, but the eye+brain keep processing for another @130ms before “animal-yes” or “animal-no.”

For a workable comparison, melding these two studies suggests that people can “process” an image within 13ms-150ms.

An editorial observation: both of these studies of visual processing used poor-resolution visuals by contemporary digital-image standards.

In both studies, participants had less detail hitting their retinas than the average reader would now. Assuming that more visual detail gives the brain more to work with, one might expect image-processing speed to be faster in common marketing-content situations.

US press associations developed readability tables with targets from 8-word sentences (easy) to 29+ (very difficult.) We’ll plant the sentence-length markers from 8 words to 25 words (‘difficult’) for this analysis.

In meme form, rounding for memorability…

“Images are processed between 6 and 600 times faster than language.”

Why a more accurate ratio of value?

Why bother learning a derived but (arguably) more accurate rule of thumb regarding these two main modes of engaging and informing people? Does it matter whether it’s 6x or 60,000x?

Yes, it does. Fact and verification should be the professional norm. Repeating inaccurate-but-punchy memes because they’ve got more “sizzle” or because they advance your purpose is disingenuous at the least. It’s a silent encouragement of “the Internet says” laziness.

So, How Many Words Is A Picture “Worth”?

Hate to disappoint the persistent reader that’s come this far, but a ratio of the relative speed of image- and word-processing doesn’t provide a basis for a relative value between the two. The car that goes faster isn’t automatically the more expensive. One sentence is not another; two images likewise. Speed is not impact, and meanings are not equal.

It’s a bit bothersome; somehow “A picture is worth 1,000 words” and “images are processed 600x faster than words” seem to say the same thing. Intuitively, faster = more — no argument with that. I just don’t think the research in this article provides any data to make relative-value conclusions.

But a more science-based understanding of the speed advantages of images back up case-study results that say, purposeful visual content can have a dramatic impact on results. (This great post on icons in email proves its own point – watch your eyes go straight to the icons!)

It’s a common-sense question as well. Observe yourself engaging media – social, news, email, or whatever. Where do your eyes go first? Stay longest? What do you remember a day later? Two?

I do find it intriguing that the measurements for word recognition and image recognition are so close. I’d hazard a guess that a study using a common methodology to measure both image and word recognition would reveal significant similarities. Let’s label that the “a word is a picture” hypothesis. If you run across any such studies, I’d really love to hear about them.

Why this is useful for email marketers

The essential conclusions aren’t email specific. Of all the digital channels, though, email clearly lags others in adopting visual content.

My personal issue with the visual content in email is that so much of it is more decorative than meaningful – the “visuals and the content” trope we started with. Picking a stock photo in 60 seconds so the latest campaign has “a hero image” may be better than nothing, but not by much. Leaving aside the amazing stock-photo-baloney-detectors your readers possess…it’s a wasted opportunity to say more in the 11 seconds they allot.

Experts like Schmuel Hershberg get it; read this excellent & detailed post on using animated GIFs as Call To Action elements. Readers are going to process the visuals first – some of the “processing” happens right in their eyeballs, in fact. Bland and decorative visuals waste direct engagement with the brain.

Perhaps you’re an email marketer who thinks the stuff about visuals is hype, or not worth the effort.

OK…in light of what you just read, the question is, if you can deliver content that’s 6x – 600x faster for your audience to comprehend, why don’t you? Saying “it’s a budget issue” or “it’s a time issue” aren’t as valid a defense these days.

Image automation tools like Movable Ink, LiveClicker and Campaign-Genius have made “image merge” as scalable as mail merge. You can deliver 1:1 personalized, dynamic visuals at scale, without breaking the budget and (surprise) studies have actually shown a decrease in production time.

The more we overload on information, the more we’ll seek out the most meaning in the least time. 6x-600x may be smaller than the old meme, but it’s a pretty darn big lever to move your market.

Matthew Dunn is founder of Campaign-Genius, the image automation platform for email, and Chief Explainer at Say It Visually. In additional to serial entrepreneur, he’s been a Fortune-1000 Senior VP & CIO, Microsoft veteran, professor and teacher. He is also an award-winning writer, speaker, designer, director, inventor. Matthew holds a Ph.D. in Digital Media and an MFA in Directing.

How To Generate Leads in 2023: 10 Lead Generation Best Practices

Companies need to generate leads to grow their business. Leads are people who express interest in the product you’re selling. Generating leads is expensive. Costs include paying for ads, writing, and promoting...

Screen recording software is vital for any business. You can create instructional videos, meeting recordings, and webinars. Or just capture your screen activity for later reference.  We’ll discuss what makes screen...

How to Organize Gmail Effectively: 8 Tips to Get Inbox Zero

A McKinsey report shows that people spend 28% of their time writing or answering emails. Google has developed many features to help keep Gmail accounts clean. With the following Gmail organization tips, you’ll spend...